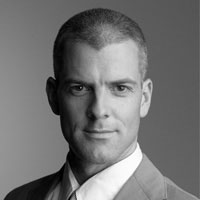 Stefan was appointed Associate Victorian Government Architect in October 2016. He is a leading advocate of innovative design and sustainability in the built environment combining his experience in executive leadership with architectural practice and technical expertise in Australia and Europe. Stefan has taken a lead role in a number of award winning buildings and government programs, which foster better places for people, a healthier environment and better life cycle economics.
Beyond his core roles Stefan has contributed significantly to the development and advocacy of key industry benchmarks in the built environment. These include the National Australian Built Environment Rating System (NABERS) where Stefan served as National Steering Committee member for six years as well as Green Star, for which Stefan has also been an assessor and instructor. Internationally, Stefan represented Australia as the Executive Committee Member in the International Energy Agency Energy in Buildings and Communities (EBC) Program between 2010 and 2016. He holds Masters Degrees in Architecture as well as Environmental Design.