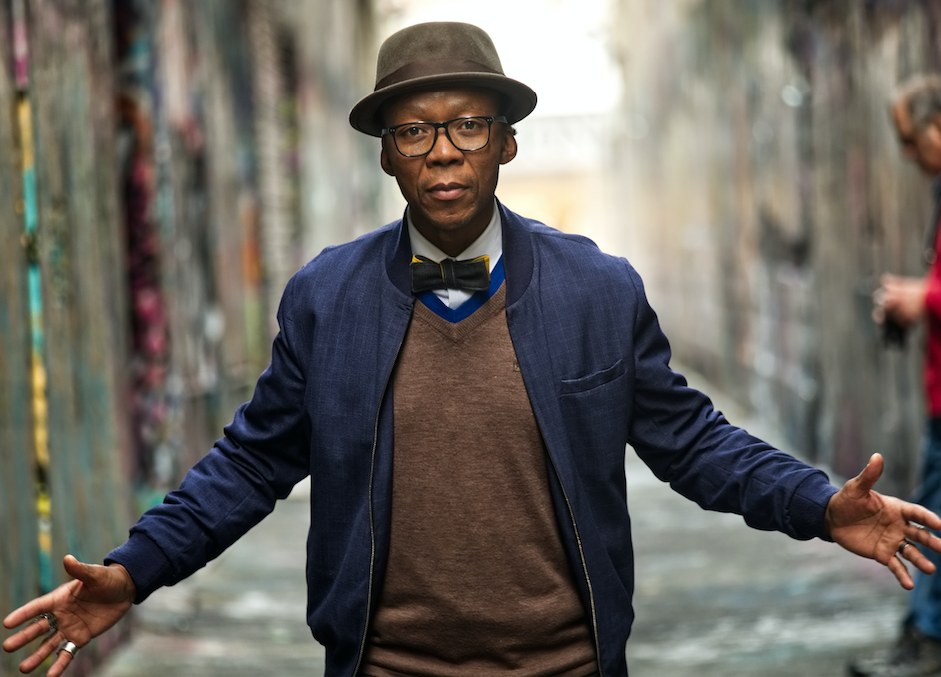 SELLO MOLEFI is a Singer-Songwriter, Music Composer and Arts Leader from Kroonstad South Africa. Sello studies took place at FUBA Academy in Johannesburg and Wits University Music School. His career as a vocalist landed him a role in Disney’s The Lion King, which originally brought him to Australia in 2003. Sello then toured with the production to Shanghai, back to Johannesburg then onto the West End in London.

In 2016 after finishing the contract Sello decided to go home to South Africa to fulfill a life long dream and open an Arts Centre, and so Bokamoso Arts Centre was born. He is an accomplished composer, working in both stage and screen and most significantly wrote the theme song for the movie Elephant Tales. Sello composed, directed and performed his original show ‘Mantswe’ at the 2009 Melbourne FringeFestival an his first EP ‘Mamelang’ came out in 2016. ‘Mamelang’ draws it’s inspiration from the humble beginnings of Negro Spiritual hymns, choral, jazz spoken word and African Traditional Sounds. Sello is now
back and on tour with MADIBA the Musical and working on his new EP.