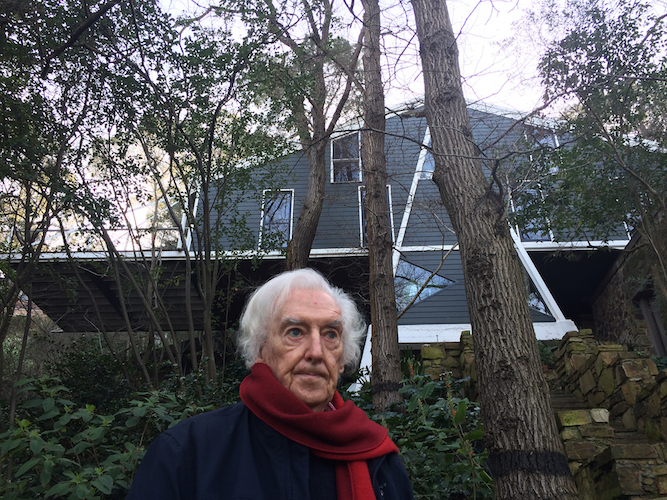 Peter and Dione McIntyre have been practicing architecture in Melbourne since 1950 and have designed some of Australia’s most important modernist buildings. These include the Butterfly House (also known as the River House) 1953, the Olympic Pool (in collaboration with Kevin Borland, John and Phyllis Murphy and Bill Irwin) 1952. Peter McIntyre also directed the film Your House and Mine in 1960 with Robin Boyd. The McIntyre Partnership was originally started by Peter’s father and is soon to celebrate its centenary. Peter is still a practicing architect and has a great team working with him, who keep the practice fresh and exciting.