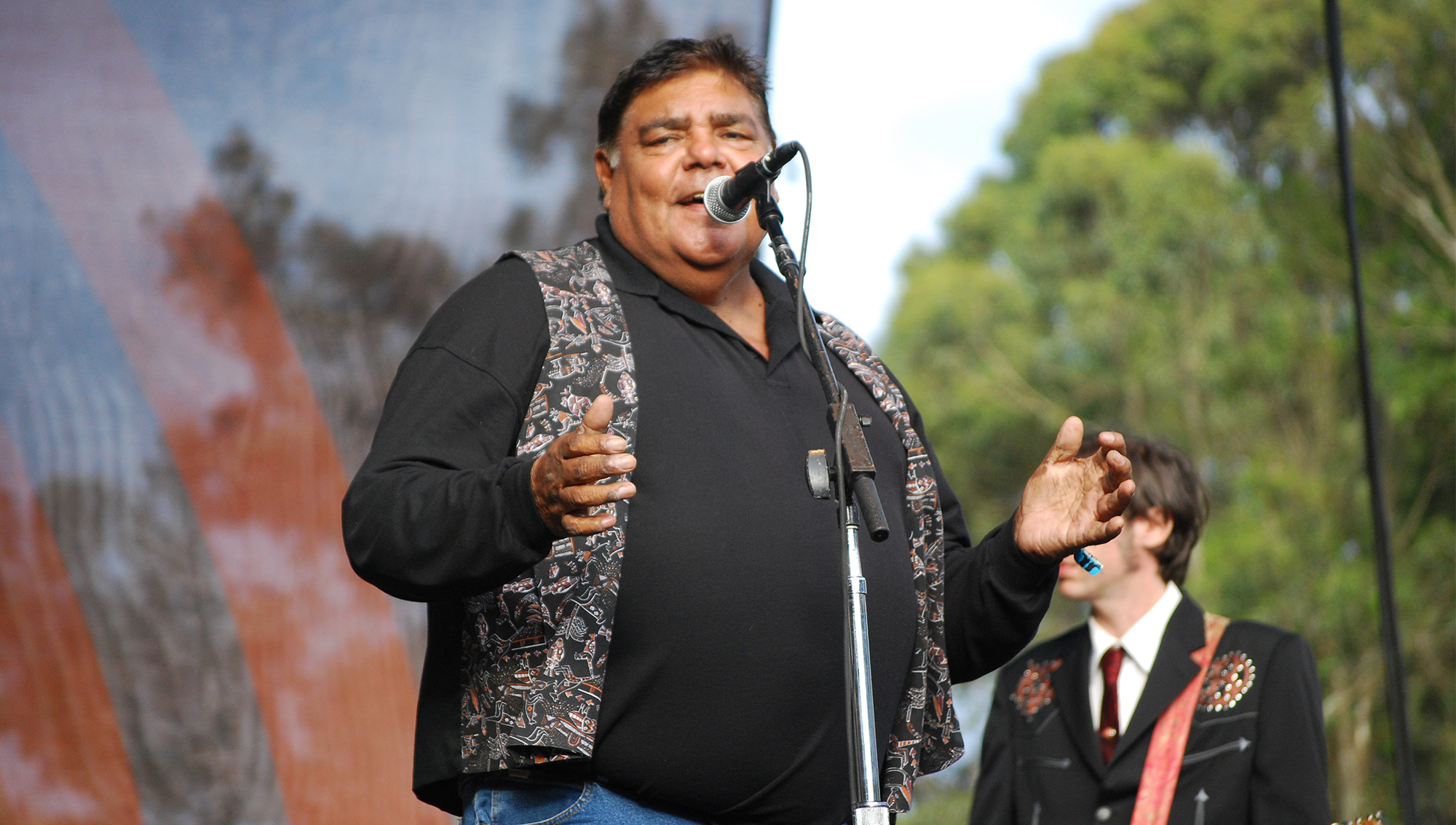 Don’t miss this rare and exciting opportunity to hear acclaimed Indigenous country musician Roger Knox perform and speak about his life at MPavilion, presented by the Australian Music Vault.

In a career spanning four decades, Roger has brought joy and healing to audiences in remote communities and capital cities, and in prisons throughout Australia and North America. As a proud member of the Gomeroi nation, his story of survival and resilience has been an inspiration to many. Recently inducted into the National Indigenous Music Awards Hall of Fame, Roger (also known as the Koori King of Country) has been involved in the Australian music industry since he left the mission on which he grew up at seventeen and moved to Tamworth.

After hearing Roger play and speak at MPavilion, follow him across the road to the Australian Music Vault inside Arts Centre Melbourne to check out the free exhibition and stay for a yarn. Everyone welcome.