MPavilion and Melbourne were again in the global spotlight as we announced Glenn Murcutt AO as our distinguished architect for MPavilion 2019. Australia’s only Prizker Prize recipient made headlines in design media across the United States, Europe and Asia, as well as here at home, and was praised for his influential practice and dedication to place-sensitive and environmentally responsible architecture. Glenn’s design will be the sixth iteration of MPavilion, an ongoing initiative of the Naomi Milgrom Foundation. Excitement is certainly in the air—we can’t wait to share Glenn’s design for MPavilion 2019 with you later in the year.

Read a selection of press from around the world below.

“Murcutt’s participation will surely be widely welcome, long respected and recognised as a key proponent of modern Australian architecture, he was honoured with the Pritzker Prize in 2002. He is also a well known champion of an environmentally sensitive approach that is firmly ‘of its place’.”

“Murcutt, the only Australian to win global architecture’s equivalent of a Nobel, the Pritzker Prize, told The Weekend Australian his pavilion would address the park in which it sits and, the city that surrounds it. ‘It’s in an urban environment with one of our great galleries and a great city,’ he said.”

“MPavilion is funded by the Naomi Milgrom Foundation, a charity led by businesswoman and philanthropist Naomi Milgrom. Milgrom said she chose Sydney-based Murcutt because ‘he’s been at the forefront of contemporary architecture for decades, with groundbreaking designs that are sensitive to landscape and cross-cultural collaboration’.” 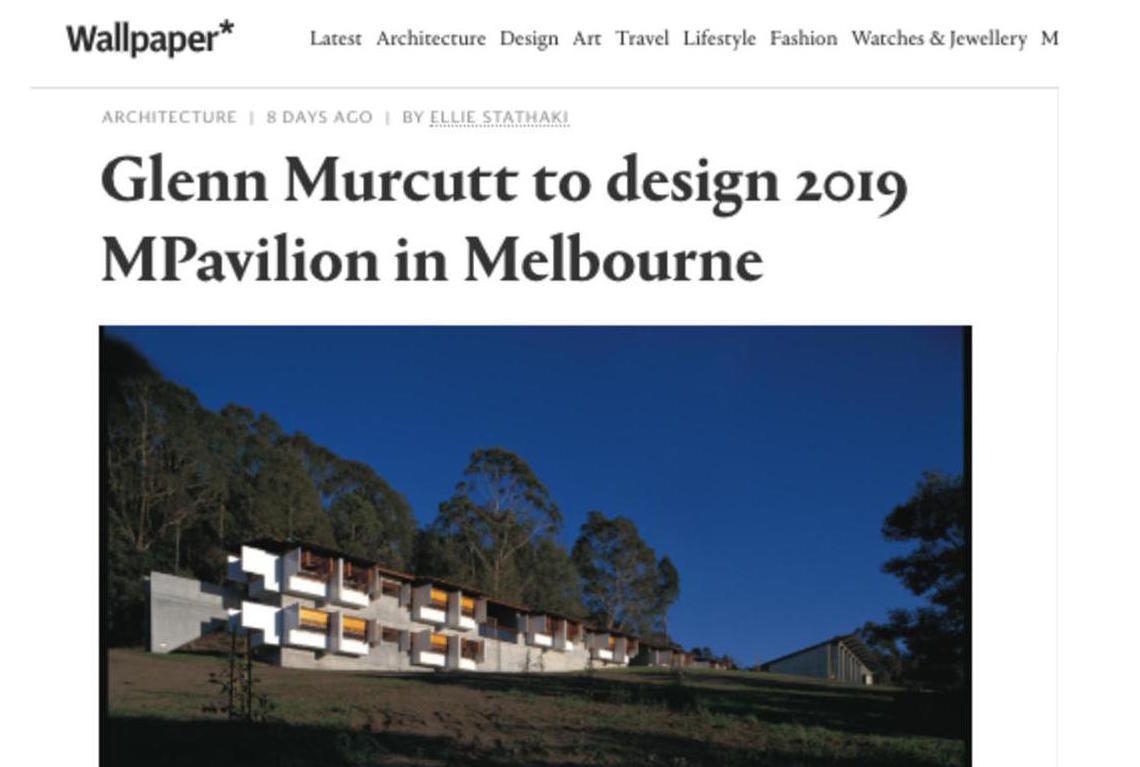 “Murcutt, an 82-year-old sole practitioner who also leads a respected ‘master class’ at one of his creations, the Riversdale Boyd Education Centre, has realized relatively few buildings. So the MPavilion should be greatly celebrated when it opens for its four-month run in November 2019.”

“Having built almost exclusively in his home country of Australia, he is somewhat unique among Pritzker laureates, many of whom gain fame due to notable international works. Murcutt’s approach is, by contrast, decisively local and small-scale; this meticulous approach to design no doubt made him an attractive choice.”

“As a philanthropic success story, MPavilion has seen government, business and private sectors collaborate to bring an important new civic space to Melbourne with strong public, industry and educational components, and has received over 480,000 visitors since its inception in 2014.” 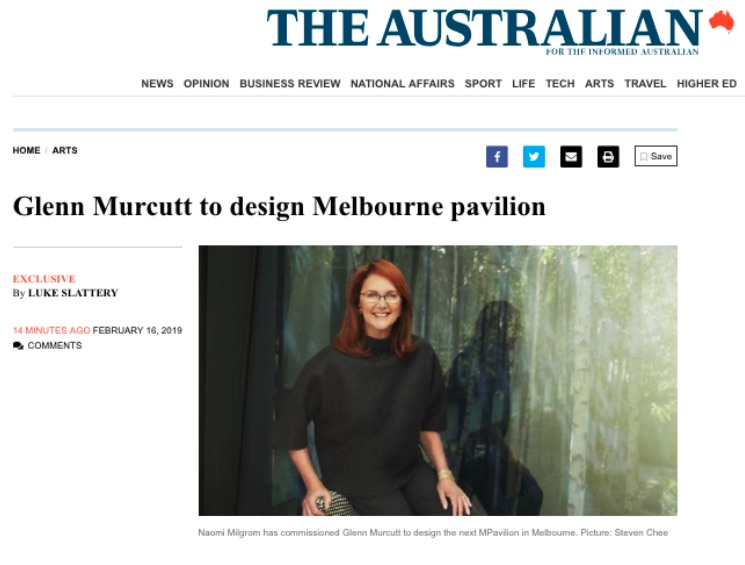 “Throughout his illustrious career, Murcutt has remained humble, continuing to build upon a philosophy to ‘tough the earth lightly’. This approach has brought him international recognition for his environmentally sensitive, distinctly Australian architecture.”

“Murcutt has fostered a strong understanding of Indigenous practices and cultures which are relayed through his designs, which are said to “touch the earth lightly”, blending modernist sensibility, local craftsmanship, Indigenous structures, and a respect for nature.”

MPavilion is an initiative of the Naomi Milgrom Foundation in partnership with City of Melbourne, State Government of Victoria through Creative Victoria, and ANZ. MPavilion 2019 will open in the Queen Victoria Gardens, Southbank Arts Precinct on 12 November 2019.